Top
You are here: Home / Baby & Kids Gear / Are there toxic chemicals in car seats?

I started researching about car seats during my pregnancy. I spent many hours reading consumer reports and customers reviews before deciding to buy a Chicco KeyFit 30 Infant Car Seat

for my daughter. What I didn’t think about is that I should have researched about any toxic chemicals that might be in car seats.

When I started searching for a new convertible car seat I started reading about chemicals in car seats and was shocked to find that most of them have a lot of questionable chemicals, like flame retardants, Bromine, Chlorine, Lead and other chemicals.  After my initial shock I realized that finding a car seat free of chemicals was impossible. After all, car seats must meet federal flammability standards.

The reports back then didn’t include all car seats and there still isn’t a current report that includes all of them so it’s hard to know which car seat is the least toxic one.
A car seat is so crucial for a baby’s safety, not to mention it’s required by law, so this is something we have to use.

I ended up finding a car seat that had features I liked, that would be easy to install since most car seat fails are due to poor installation and that would keep my daughter safe.

As soon as I got it I aired it out for a few days. I left it outdoors and made sure it was under the sun part of the day in hopes that the intensity of these chemicals would be lower. Ultimately you cannot avoid the chemicals in car seats so you should get the car seat that you want and make sure it keeps getting aired out and cleaned regularly. 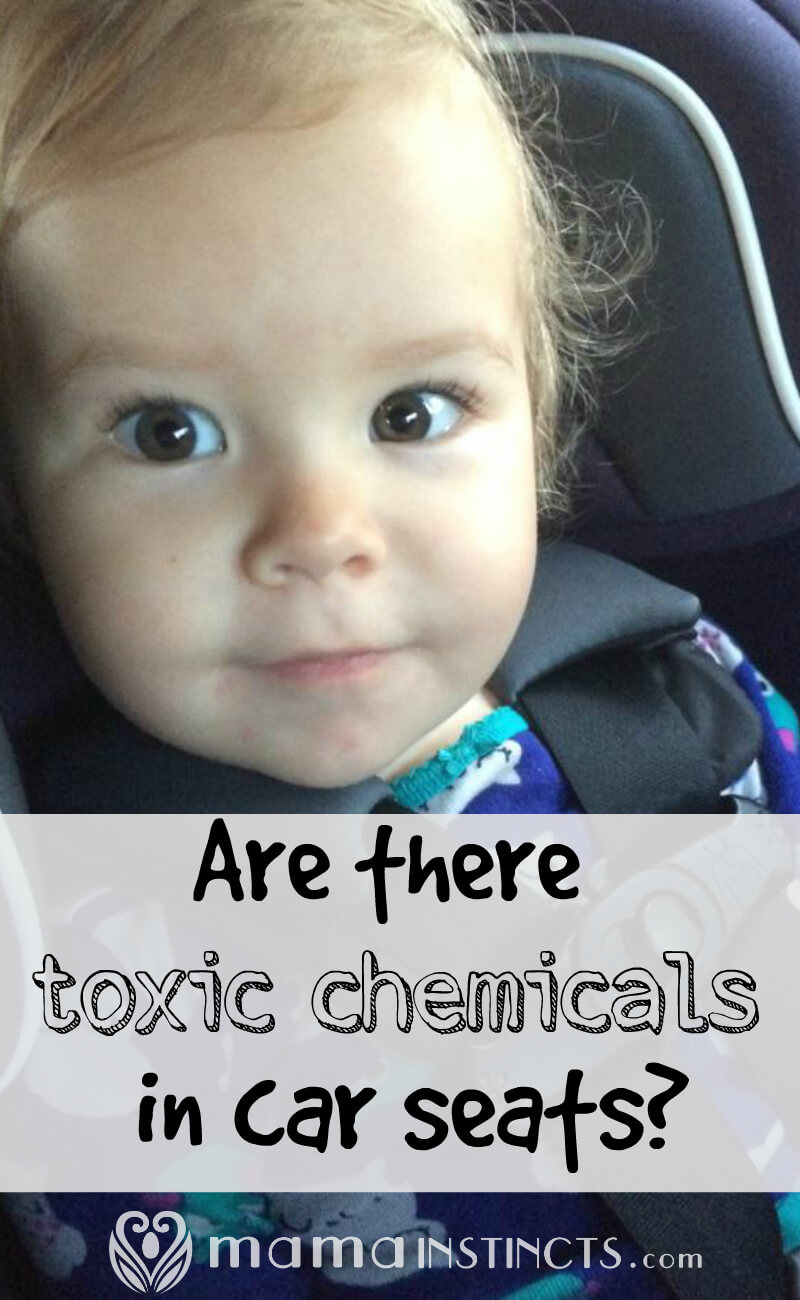 What car seat did I get? 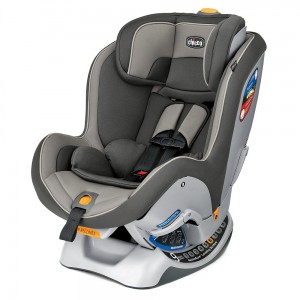 The Chicco NextFit will most likely fit in any car.  It’s main feature is that it’s very easy to install.  We are travelers and the easiness to install this car seat (both in cars and airplanes) is a big plus. It just takes a few minutes and it’s done.  If you have a Chicco KeyFit you are familiar with how easy it is.

It’s also very well padded, comfortable, has 9 recline positions, a 6 position head rest feature, has a steel frame and you can use it rear facing up to 40lbs (a very important feature for me) and forward facing up to 65lbs.  As I mentioned before the Zip version has a removable cover, which is a huge plus considering you’ll be using the same car seat for many many years.

I love that it wasn’t too bulky and it just seemed more comfortable than many of the other car seats I saw in stores. We’ve been using this car seat for over 3 years now and I love it so much that now both of my kids use the Chicco NextFit Zip. And now that I know more about car seat, my future babies will go straight to this convertible car seat since it offers more protection than an infant car seat.

Some moms have asked me if I thought the investment was worth it since it’s one of the pricier car seats.  My answer: absolutely! After using this car seat for a while I would have even paid more if I had to. I’ve seen many other car seats and in my opinion nothing is as good as this one.  The best thing you can do is go see it in a store before you buy it. I’m sure once you see it in person you’ll agree with me.

In 2015 the Ecology Center screened 15 car seats and published a report with the results. All brands contained some amount of fire retardant chemicals and 73 percent of them had halogenated fire retardants, which are toxic.

Unfortunately the Chicco NextFit wasn’t tested so I’m not sure how this car is rated when it comes to toxic chemicals. Their least toxic car seat were Britax and Clek, and the most toxic ones were from Graco.

I encourage you to read their report and read all the information they have posted. Consumer reports makes a good point about the findings:

None of the seats evaluated by the Michigan-based Ecology Center in this study were found to be free of potentially harmful chemicals. In fact, 11 out of 15 seats contained halogenated flame retardants. The disconcerting chemicals are often added as flame retardants to the seats to meet federally mandated flammability requirements of the vehicle interior. What’s important to know, however, is that those same foams are key to absorbing energy in a crash and protecting your child from injury.

As you can see, finding a toxic-free car seat is not an option. I hope that in the future this will change as more parents are concerned about this. All we can do is keep telling the car seat manufacturers how concerned we are about these chemicals and hope they listen to our concerns.

We can not avoid some of these toxics on car seats and car seats are so important for child’s safety that this is one of those things that I just had to compromise on.

What car seat did you get?

Hi! My name is Carolina and I’m on a mission to empower parents, like you, who want to live an intentional life, who feel a pull towards conscious parenting styles and a more natural way of living. Welcome!
Learn more about Mama Instincts.

Free Printable: 100+ Powerful Phrases To Say To Your Child

Subscribe to receive weekly-ish emails with inspiration, parenting tips and natural living hacks. As a bonus, you'll get this useful printable.

Your Information is 100% secure and will never be shared with anyone. You can unsubscribe at any time.

Find what you’re looking for: